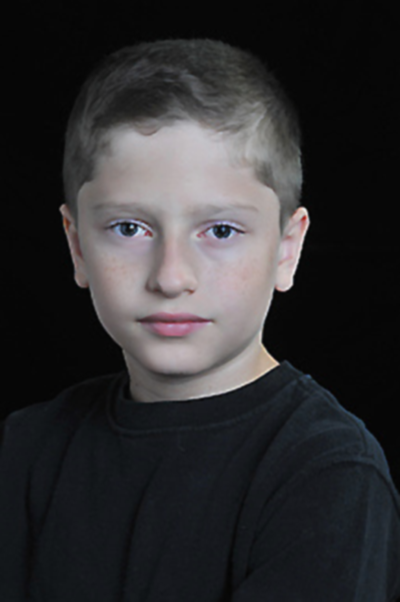 As soon as they learn to speak, some children are able to tell remarkably detailed stories of people, places and events in what might be their past lives. James Leininger's memories of being of an American World War II pilot shot down and killed by the Japanese seem particularly compelling. 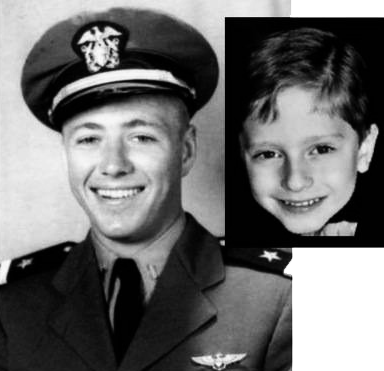 It is very difficult to assess this story utilizing just our normal consciousness, especially as our knowledge of the reincarnation process is very limited or almost non-existent.So what happens when we utilize reliable techniques that allow us to explore this case from a higher level of consciousness?

The Reincarnation Lineage of the Dalai Lama

By the Himalayan tradition, the discipline that transfers the mindstream to the intended body is known as phowa. Upon the death of the Dalai Lama and consultation with the Nechung Oracle, a search for the Lama's reincarnation is conducted. Traditionally it has been the responsibility of the High Lamas of the Gelugpa Tradition and the Tibetan government to find his reincarnation. The process can take around two or three years to identify the Dalai Lama, and for the 14th, Tenzin Gyatso it was four years before he was found. The search for the Dalai Lama has usually been limited historically to Tibet, although the third tulku was born in Mongolia. The High Lamas used several ways in which they can increase the chances of finding the reincarnation. High Lamas often visit the holy lake, called Lhamo La-tso, in central Tibet and watch for a sign from the lake itself. This may be either a vision or some indication of the direction in which to search and this was how Tenzin Gyatso was found. It is said that Palden Lhamo, the female guardian spirit of the sacred lake, Lhamo La-tso, promised Gendun Drup, the 1st Dalai Lama in one of his visions "that she would protect the reincarnation lineage of the Dalai Lamas." Ever since the time of Gendun Gyatso, the 2nd Dalai Lama, who formalized the system, the Regents and other monks have gone to the lake to seek guidance on choosing the next reincarnation through visions while meditating there. Once the High Lamas have found the home and the boy they believe to be the reincarnation, the boy undergoes a series of tests to affirm the rebirth. They present a number of artefacts, only some of which belonged to the previous Dalai Lama, and if the boy chooses the items which belonged to the previous Dalai Lama, this is seen as a sign, in conjunction with all of the other indications, that the boy is the reincarnation. However, if there are several possibilities of the reincarnation, in the past regents and eminent officials and monks at the Jokhang in Lhasa, and the Minister to Tibet would decide on the individual by putting the boys' names inside an urn and drawing one lot in public if it was too difficult to judge the reincarnation initially. Tenzin Gyatso has himself said that the procedure of identifying the Dalai Lama is not set in stone. Moreover, he said that if two thirds of the people in Tibet wish to change the method of identifying the next reincarnation, the procedure they use will still be just as valid. However, because Tibet has been taken over by the Chinese government and the Dalai Lama has been exiled in India since 1959, Tenzin Gyatso says that if he decides to be reborn he will not choose a country run by the People’s Republic of China or any other country that is not free. He has, in fact, expressed doubts about whether or not he will be reborn at all. As a result, some believe that the function of the Dalai Lama may be over upon the death of Tenzin Gyatso. However, until Tibet is reunited with its spiritual leader, it seems likely that there will continue to be a Dalai Lama. 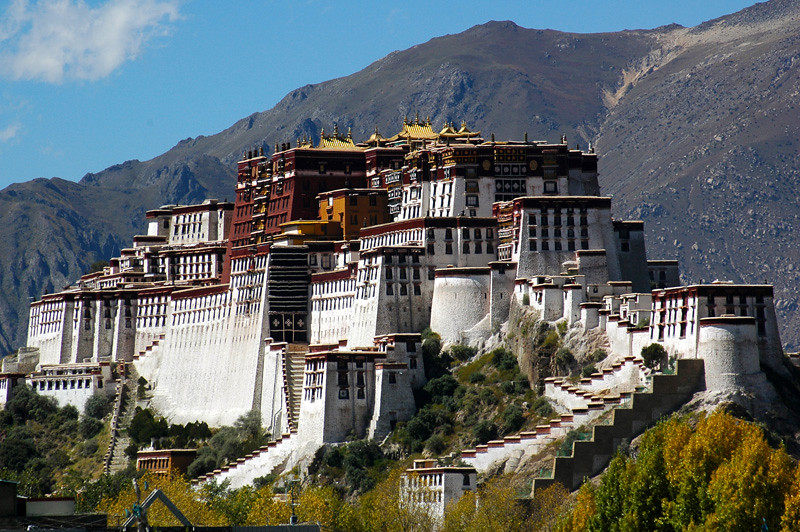 For the Tenzin Gyatso, the current, 14th Dalai Lama, the home and village where he lived was identified by a vision from the lake. The High Lamas of the Gelugpa tradition had been searching for several years before identifying a child named Lhamo Dhondrub, who was living with his family in the village of Takster in northeastern Tibet. According to reports, there were several incidents that pointed to Lhamo being the reincarnation of the Dalai Lama. One of the High Lamas had seen a vision in the lake Lhamo Lhatso the indicated Amdo was the village they should search in. The vision clearly indicated a small house with odd guttering and a three-story monastery with a gold and turquoise roof. Upon visiting Amdo, the High Lamas saw both buildings in the village. The house was the home of Lhamo Dhondrub. The search party went to Lhamo’s home and observed him for some time without revealing the purpose of their mission. They came back a few days later to perform the final test to confirm whether or not the child was the reincarnated Dalai Lama. They presented an assortment of objects to the child, including a rosary and a bell that belonged to the deceased 13th Dalai Lama. Lhamo instantly identified the items, shouting, "It’s mine, it’s mine!"

Such stories suggest that the same soul returns in a new body and retains memories (sometimes astonishingly detailed) of its last incarnation, but are there other possibilities worth exploring?

Using simple but direct techniques to access higher consciousness, I have concluded that children displaying past life memories are not actually the direct reincarnation of the people whose memories they seem to share. This is puzzling and rather illogical.However, there always seems to be a soul group connection, leading me to consider the possibility that our spiritual guides are souls we have been the closest to in our past lives. Furthermore, these guides may observe and even experience by proxy many of our thoughts and actions upon the Earth Plane. The memories generated are recalled on rebirth, but fade rapidly.

The simple and direct techniques I teach to access the Akashic Records were used to obtain data that suggests certain possibilities. The data can be checked using dowsing or other psychic means at your disposal. From an early age, James would play with nothing else but planes, his parents say. But when he was 2, they said the planes their son loved began to give him regular nightmares. Over time, James' parents, Bruce and Andrea say he revealed extraordinary details about the life of a former fighter pilot — mostly at bedtime, when he was drowsy. They say James told them his plane had been hit by the Japanese and crashed. Andrea says James told his father he flew a Corsair. Andrea says James also told his father the name of the boat he took off from — Natoma — and the name of someone he flew with — "Jack Larson." After some research, Bruce discovered both the Natoma and Jack Larson were real. The Natoma Bay was a small aircraft carrier in the Pacific. And Larson is living in Arkansas. Bruce became obsessed, searching the Internet, combing through military records and interviewing men who served aboard the Natoma Bay. He said James told him he had been shot down at Iwo Jima. James had also begun signing his crayon drawings "James 3." 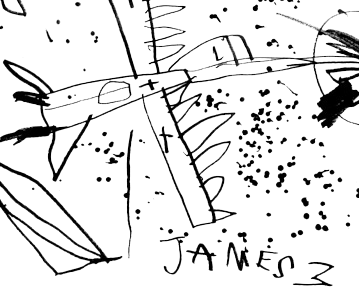 Bruce soon learned that the only pilot from the squadron killed at Iwo Jima was James M. Huston Jr. Bruce says James also told him his plane had sustained a direct hit on the engine. Ralph Clarbour, a rear gunner on a U.S. airplane that flew off the Natoma Bay, says his plane was right next to one flown by James M. Huston Jr. during a raid near Iwo Jima on March 3, 1945. 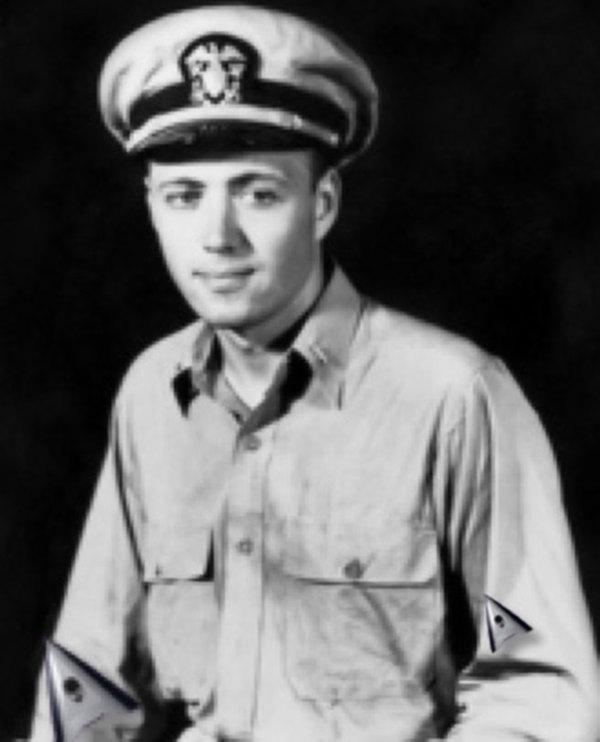